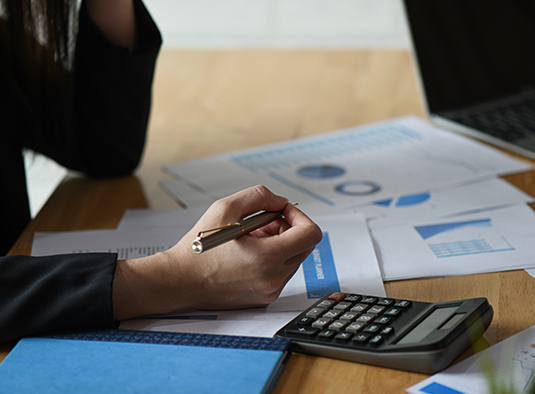 Posted at 08:06h in Government by admin

Year-End Tax Package
The Further Consolidated Appropriations Act, 2020, (HR 1865), logs just over 700 pages and serves as only half of the government spending package for fiscal year 2020, which runs through September 30. Most notably, HR 1865 serves as the legislative vehicle for a year-end tax package, which carries a costly $426 billion price tag over a 10-year budget window, according to the nonpartisan Joint Committee on Taxation (JCT), JCX-54R-19.

Some of the tax-related provisions in the year-end package include, among other items:

Retroactive and current renewal of over two dozen temporary tax breaks known as tax extenders, which have expired or would soon be expired, spanning from 2017 to 2019. Generally, the renewed tax breaks are extended through 2020, and the biodiesel and short-line railroad maintenance tax credits are extended until 2022;
The Setting Every Community Up for Retirement Enhancement Act (SECURE Act) (HR 1994), which makes sweeping changes to retirement savings and employer retirement contributions provisions;
Certain fixes to the Tax Cuts and Jobs Act (TCJA) ( P.L. 115-97); and
Full repeal of three tax-related provisions of the Affordable Care Act (ACA) ( P.L. 111-148), two of which include the 2.3 percent excise tax on medical devices and the 40 percent excise “Cadillac” tax on high-dollar employer-sponsored health insurance plans.
The House approved HR 1865 on December 17 by a 297-to-120 vote. The Senate cleared the measure on December 19 by a 71-to-23 vote.

“So in the end, with more than $400 billion in tax cuts, there were lots of winners and the usual loser – the budget.”

“There were numerous fits and starts, but this result is a reminder that Congressional muscle memory on extenders is very strong, so ultimately the members did what they always do – extend them,” John Gimigliano, principal-in-charge of the federal legislative and regulatory services group in the Washington National Tax practice of KPMG LLP told Wolters Kluwer. “Some might be surprised to see the ACA taxes rolled back, but it has always felt like those items were on borrowed time; it was really just a question of when and how they were repealed, not whether. So in the end, with more than $400 billion in tax cuts, there were lots of winners and the usual loser – the budget.”

SECURE ACT
The bipartisan SECURE Act, which cleared the House in May but remained stalled in the Senate most of the year, makes a number of major as well as administrative changes for retirement savings affecting both individuals and employers.

Some of those changes are noted as follows:

Moving the start date for requirement required minimum distributions (RMDs) to the year the owner turns 72;
Ending the 70 1/2 age limit for contribute contributions to an IRA; and
Shortening the distribution period for nonspouse inherited IRAs to a 10-year maximum.
The 10-year window for distributions to a nonspouse beneficiary applies regardless of when the IRA owner dies. Thus, the change will severely limit the use of “stretch IRAs” as an effective planning tool. Limited exceptions are available.
401(k) Changes

Requiring plans to offer participation to long-term, part-time employees;
Encouraging auto-enrollment by increasing the cap; and
Streamlining the safe harbor for non-elective contributions.
Employers with 401(k) plans must offer employees who work between 500 and 1000 hours year an additional means to participate in the plan. The rule change would only affect 401(k) cash or deferral arrangements, and no other qualified plans.

Several changes are made to encourage more small employers to offer retirement benefits to their employees, such as:

Adding a new tax credit for small employers using auto-enrollment plans;
Increasing the credit for small employer pension plan start-up costs; and
Allow small employers of two or more to band together to participate in a new class of pooled multiple employer plans (MEPs).
Congress Adjourns Until 2020
After an eventful two-week sprint to the finish line, Congress adjourned for the year on December 20. Lawmakers are expected to return to Washington, D.C. during the week of January 6, 2020.